As well as promoting the idea of a Neighbourhood Plan for Market Drayton, these Events were held with a view to engaging with the population and hopefully extracting issues that had not previously been identified and prioritised and which could add to the forming of detailed plans and proposals.

The Saturday 5th September Event gave Town Councillors the opportunity to promote and explain as to what would be happening on the following Wednesday and this was that a representatives of the Neighbourhood Plan team would have a stall within the street market and would be available for residents to find out more detail about the Neighbourhood Plan and for comments to be received and recorded based on a series of prompts. At the same time, an all day drop in exhibition would be held in the Festival Drayton Centre at which the public could meet with the team and offer views via discussions or post it notes on topics based on the following themes:

Most importantly ‘What have we missed?’

The weather proved to be extremely kind on the 9th of September and hence the street market was extremely busy leading to a good level of engagement both in the street and at the Festival Drayton Centre. 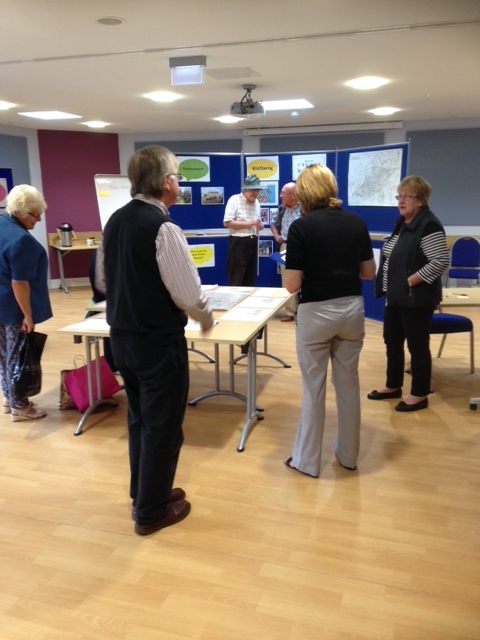 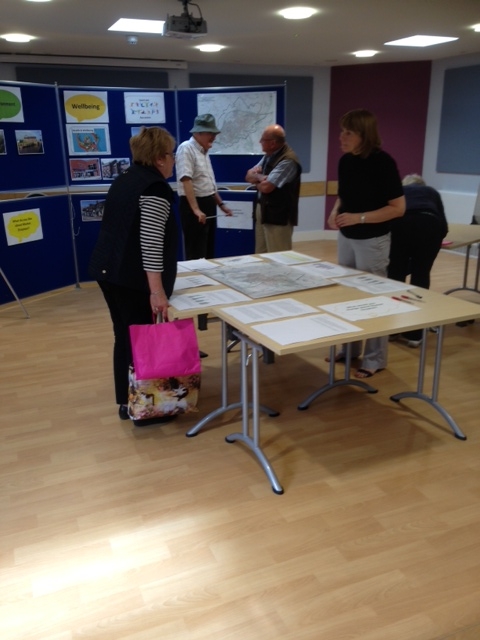 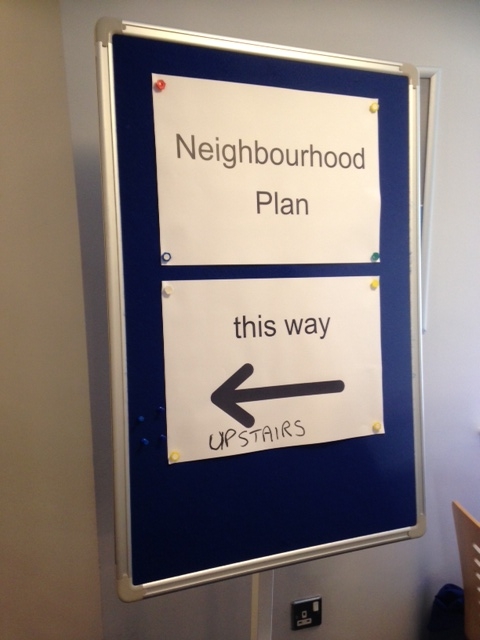 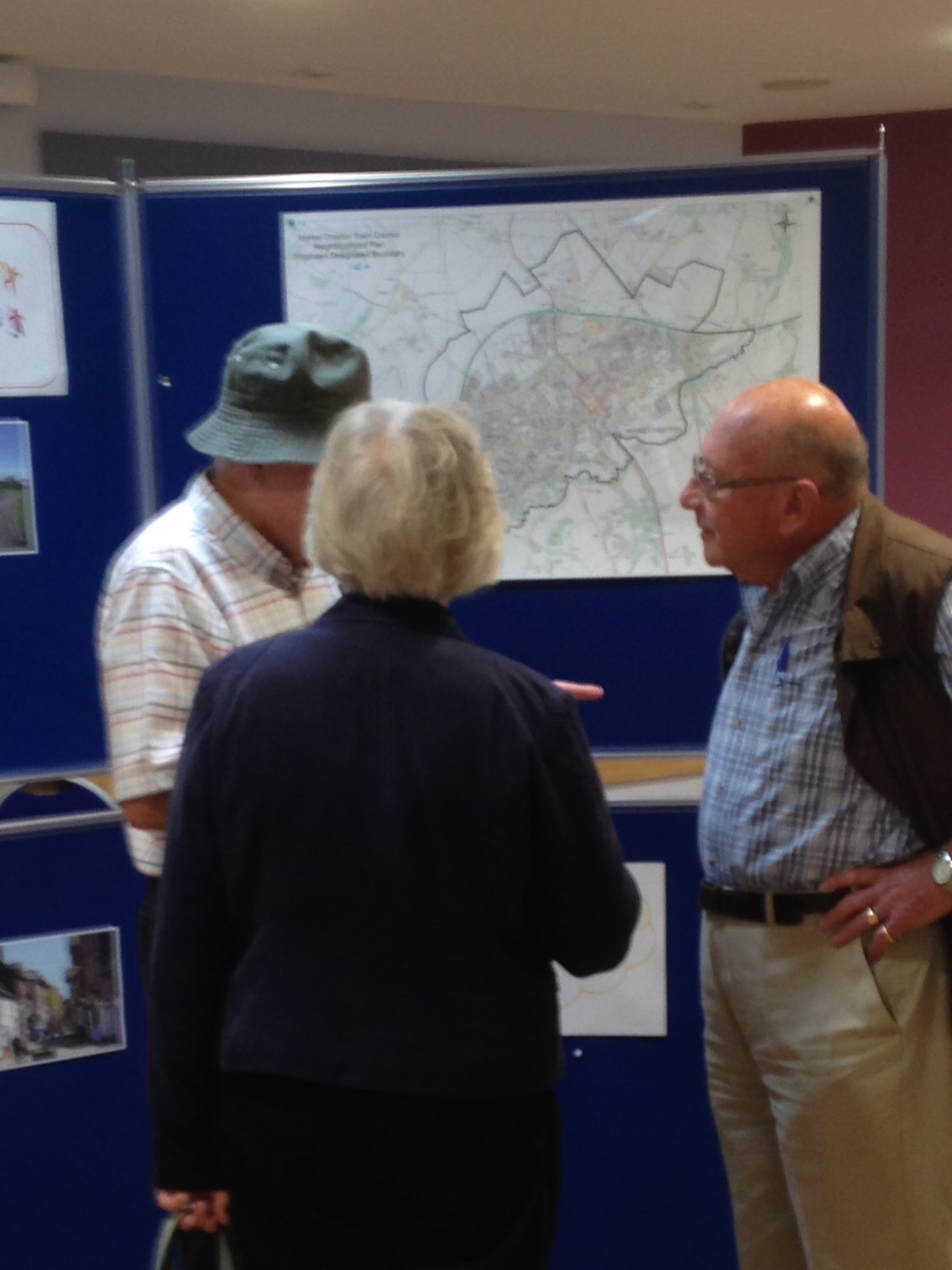 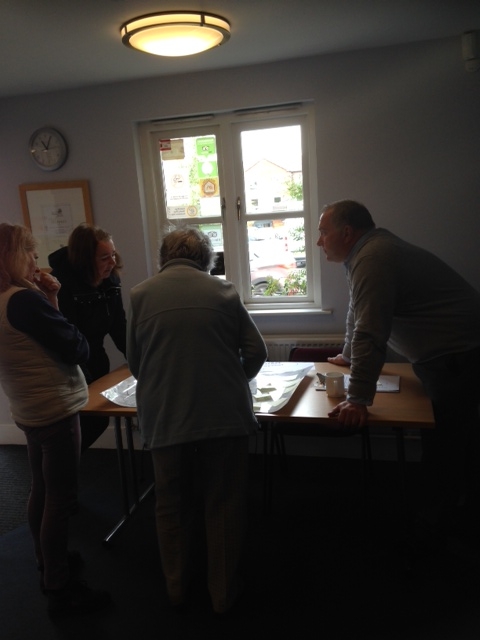 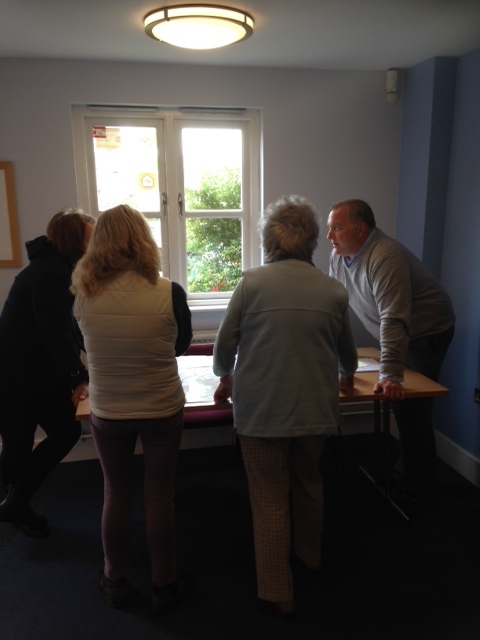 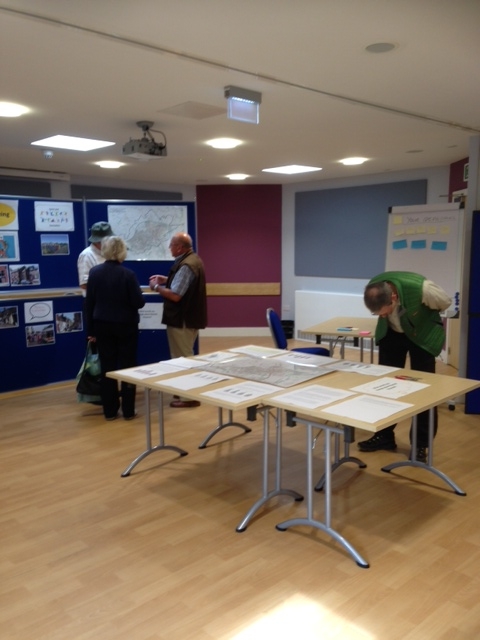 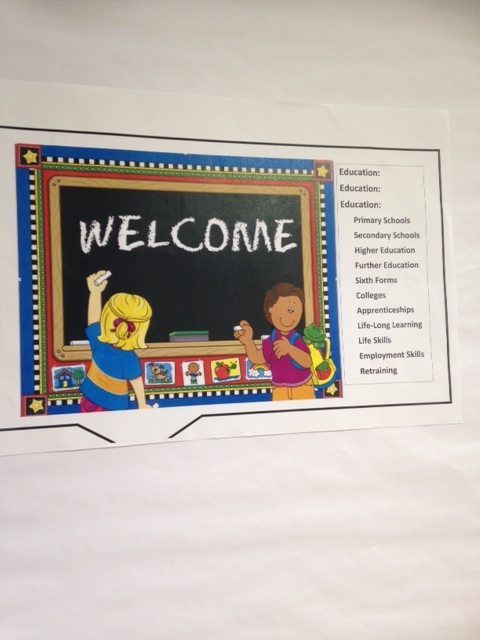 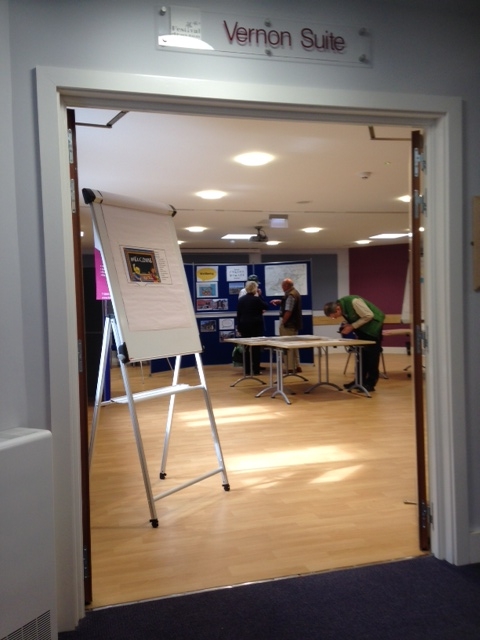 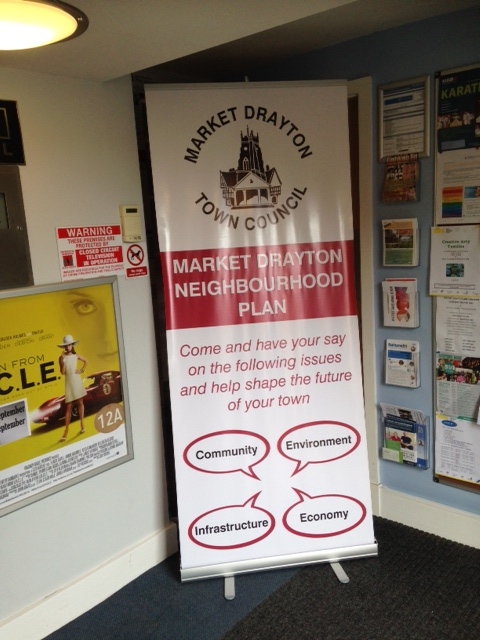 A promotional Neighbourhood Plan stand was taken as part of the annual Festival of Lights Event held on the 21st November 2015 with the aim of providing information leaflets and further promotion to the several thousand members of the public that were expected to attend the all day Event. The timing of the Event was perfect as the Drayton Messenger that included the Residents Survey had been delivered to 15,000 households earlier in the week. This provided the team with the opportunity to gauge the number of residents that had seen the Survey form or not. The feedback was extremely good and we were satisfied that the Drayton Messenger had done its job. General comments received on the day included, ‘have started filling in’, ‘can not answer all questions’ and a few from outlying areas had been unsure if they were eligible to fill in the surveys. A few completed survey forms were handed in on the day and all in all, a successful promotional day. 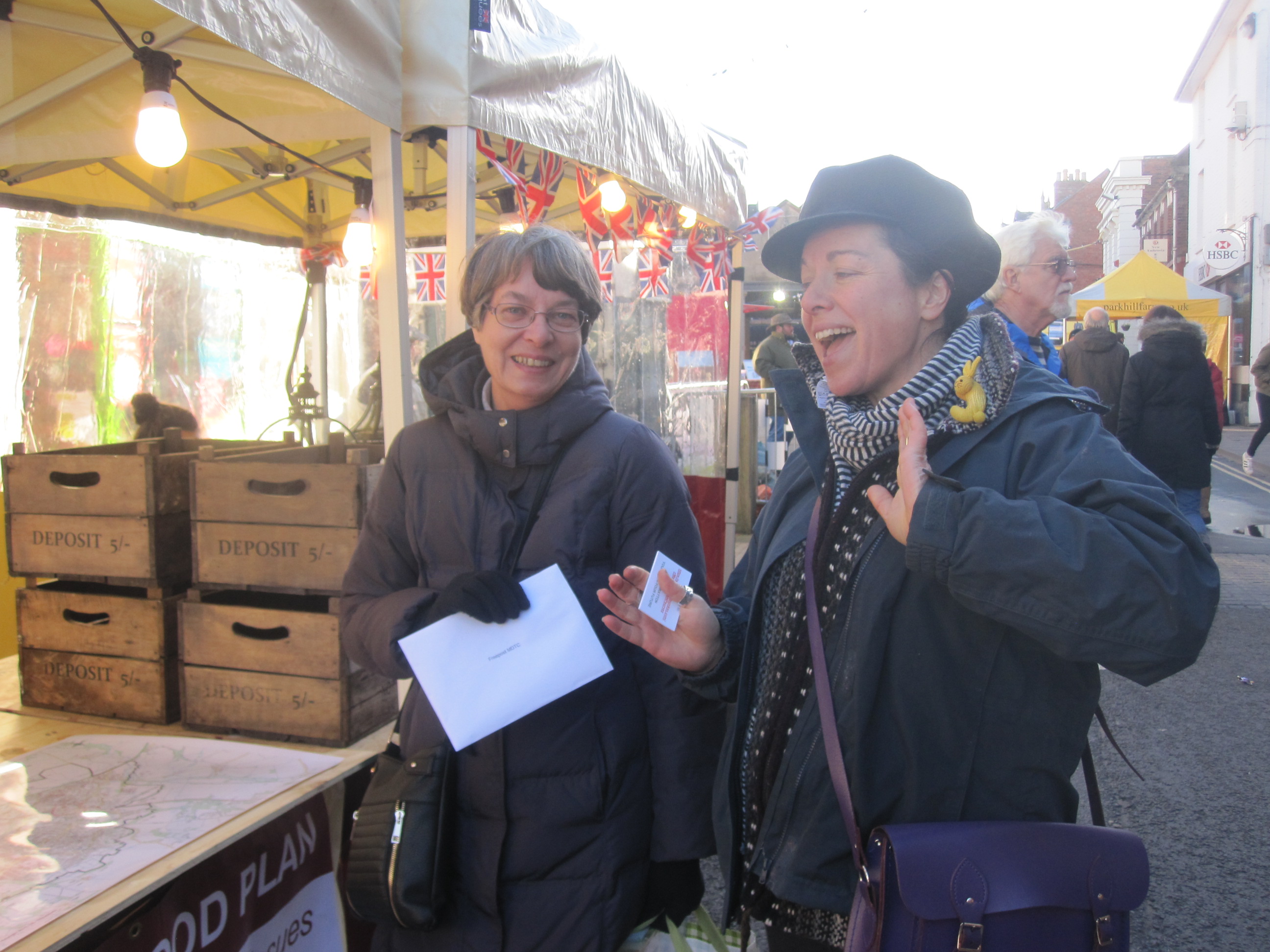 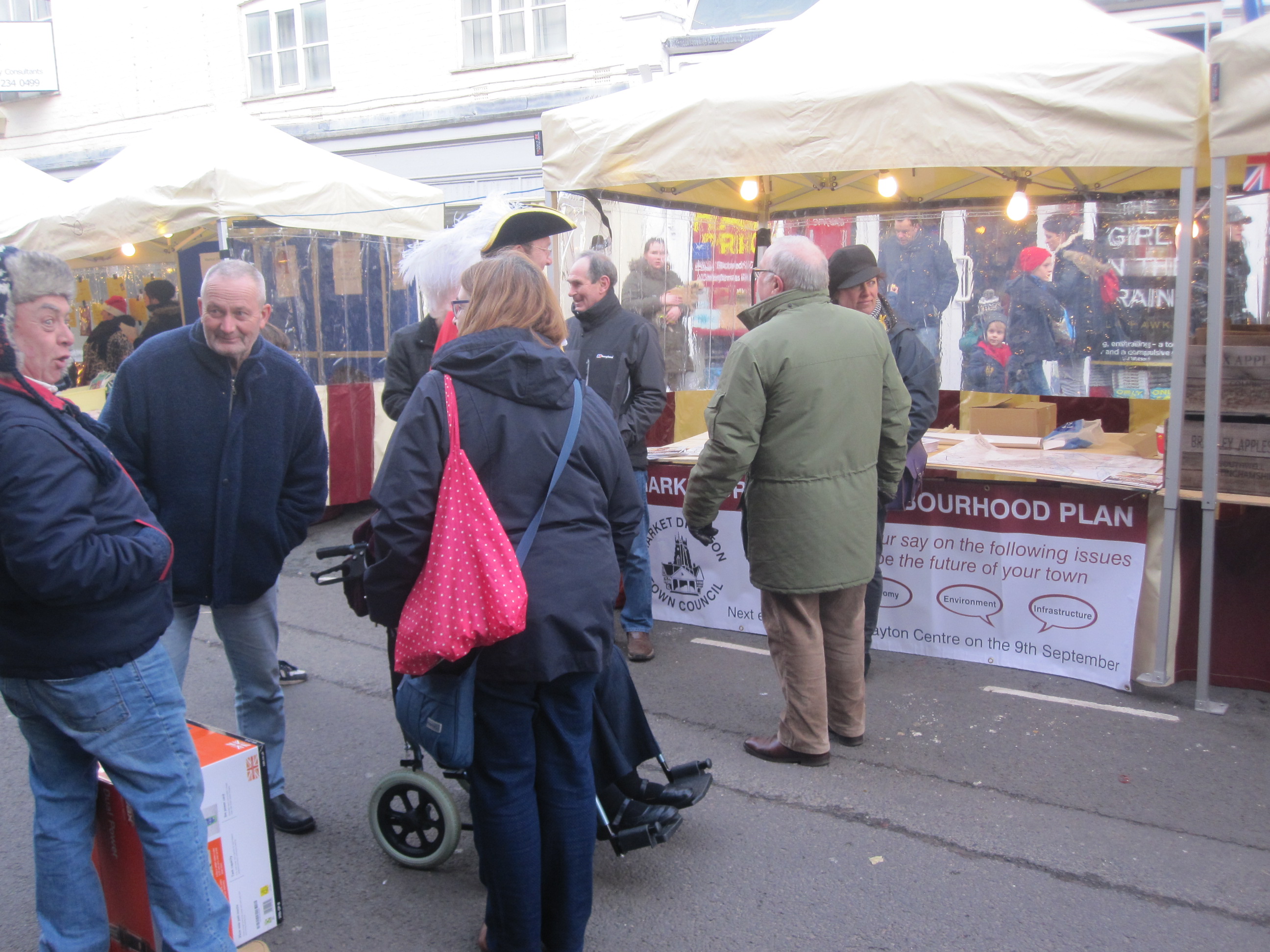 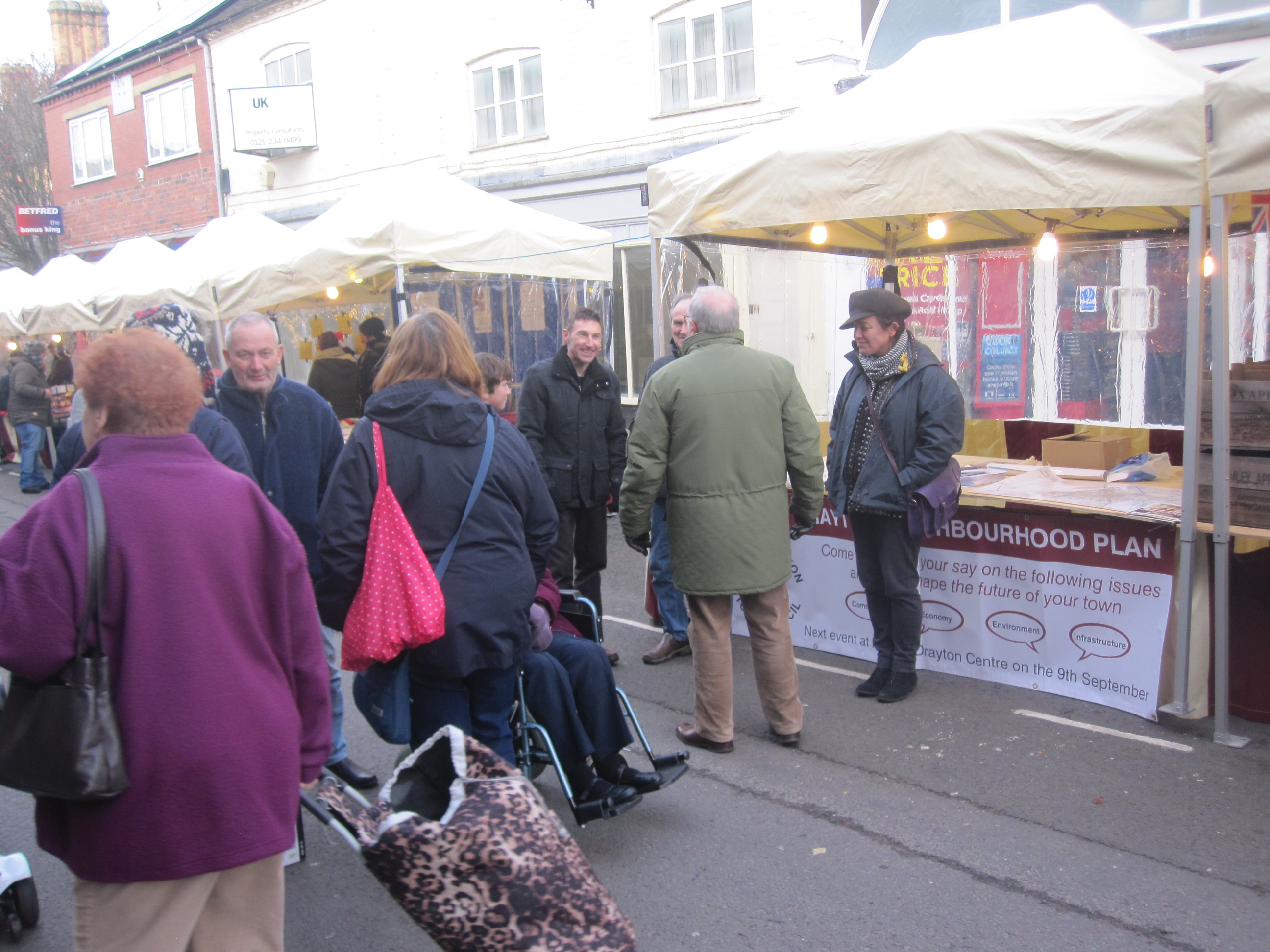 Festival Drayton is the major venue centre in Market Drayton and members of the Steering Group were present on high footfall days to keep up the promotion of the Neighbourhood Plan. 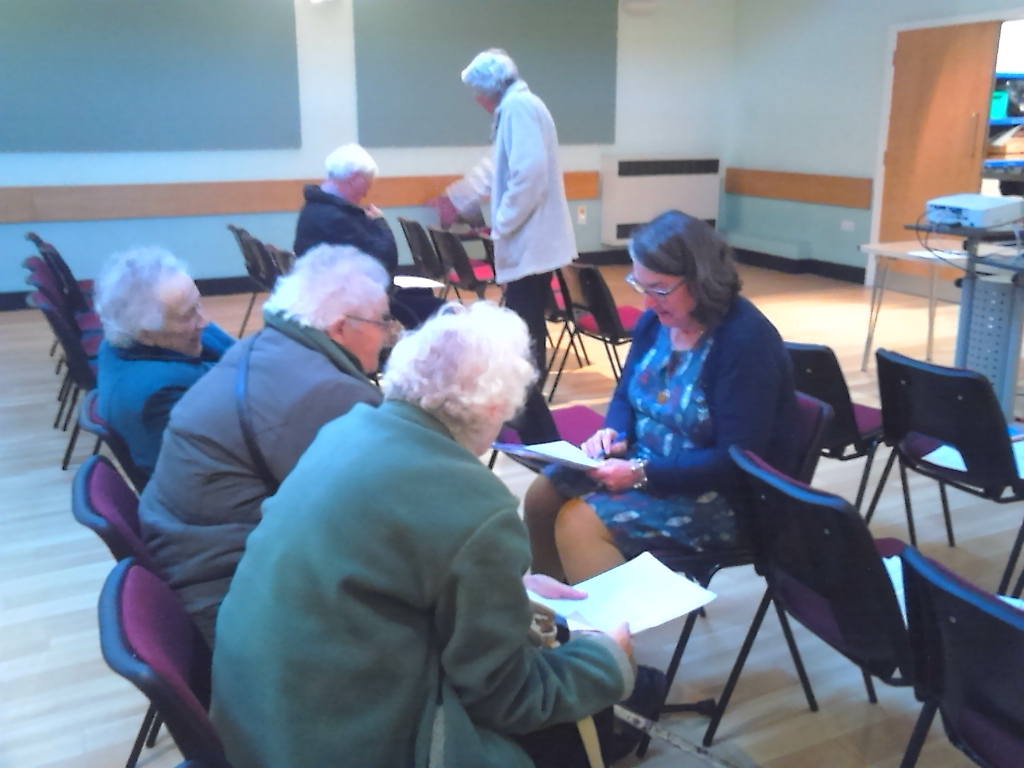 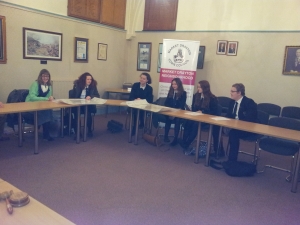 Early feedback indicates that the highest proportion of responders came from the over 45 age groups. Hence, to redress the balance, an initiative with the Grove School was instigated by Councillor Hughes in which students produced their own questionnaire relevant to young peoples concerns. The students were also encouraged to involve their parents who had not already done so, into the consultation process as well.
A panel of Grove School students attended a work session at the Town Hall (below).


Steering Group Chairman Dr Richard Priestley was interviewed live by Radio Shropshire in February 2016 during which he was able to explain the reasoning behind Neighbourhood Plans and how important it was for the community to be part of the process.